Hillcrest was formerly a sleepy village on the outskirts of Durban, that has now become a booming suburb, incorporated into the greater Durban area known as the eThekwini Municipal Area. It is the second biggest town in the Highway area, after Pinetown.

Hill Crest (as the town's name was variously spelt until 1969) was founded on a rise in the main road from Durban to Pietermaritzburg, in 1895, as a farming or "weekend" village, a good distance from what was the emerging port of Port Natal. The village was laid out as leasehold sites, on portion of the farm Albinia, owned by William Gillitt, one of the main pioneer families of the area and after which the nearby suburb of Gillitts is named.

One of the other early families to set up in the area was the Acutts, who had already established the well known Durban estate agents firm, of that name. In 1903, the first school in the village was established, in a wood and iron cottage, in Hospital Road and leased to a Mrs. McMillian, who was the principal of the first Highbury School, by Horace Acutt.

When the first Hillcrest Health Committee was established in 1943, the total all race population was 1135 persons and only the Main Road was Nkutu Road, which was hardened in 1947, with klinker! This was followed in 1951, with the first portion of Inanda Road being hardened. In 1962, blacktopping of selected roads in the central area began, followed by further roads in 1965.

By 1971, when Town Board status was obtained, the total population had grown to 2799 residents. The Hillcrest Waste Water Treatment Plant was finally established in the 1990s, then serving only the central, commercial area of the village, with phased extensions planned in time, with other areas continuing on septic tanks

Hillcrest lost its independent Town Board status in 1996, i.e. after the 1994 fully democratic elections, and was made subject to administration by the Outer West Local Council - a substructure council, of the then Durban Unicity. Subsequently, in 2000, this body, i.e. the Outer West Local Council, along with other local councils, were dis-established and were replaced by the single eThekwini Municipality, encompassing the entire Durban metropolitan area.

The village of Hillcrest had become known as a middle-income residential area, however the new influx of capital has, in the past 10 years, spurred on the construction of many shopping and lifestyle centres. 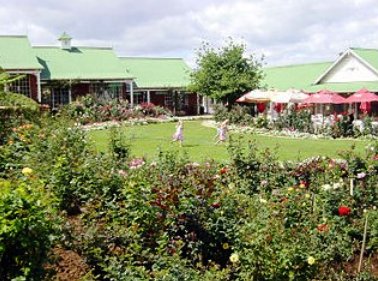 The town centre is barely recognisable, from the way it was a decade ago. It has taken over and surpassed Kloof, as the major commercial centre for the Upper Highway area. Large secure, gated estates, such as Camelot, Manorfields, Kirtlington, Le Domaine, Plantations, Clifton Hill, Langford, Cotswold Downs and the nearby Augusta golf course estate in Gillitts and the PheZulu Safari Park in Assagay, a little beyond Botha's Hill, have seen the character change to more of a high-income area. House prices in all areas of Hillcrest have boomed in recent times, while average incomes have increased dramatically. Boasting a very clean and pollution-free environment, as well as a country feel to it and also being only 30 minutes away from the Durban central business district, via two freeway links, the area has become one of the most lucrative in KwaZulu-Natal. The town is also in relatively close commuting distance to Pietermaritzburg, situated some 40 kilometres away, on the main freeway system to the interior.

Pinetown is part of the area known as the Highway Area. A string of small towns and villages are situated on or near to the N3 Highway, which runs from Johannesburg to Durban. The stretch between Hillcrest and Pinetown is referred to as the Upper Highway and fom Pinetown to Westville is known as the Lower Highway.

The climate offers a welcome change from the heat and humidity of Durban, due to its elevated position above sea level. It is reputed that Hillcrest and surrounds have one of the healthiest climates in the world. Annual rainfall is in the region of 900mm, and the mean temperature is 18°C. Soils are generally very fertile, as is evident by the lush, leafy vegetation, making the area a gardeners delight.

Development in the area is booming, in both the residential and commercial arenas.

Activities and outings on offer are plentiful, and are diverse enough to cater for family outings, as well as the adventurous sporting types.

Besides numerous government schools, some of the country's top private schools are situated in the Upper Highway. The area is also a popular choice with Afrikaans families because of its proximity to one of the few Afrikaans medium schools in Durban.

The majority of the country’s leading chain stores are available, whilst a rich selection of speciality shops are on offer, for the discerning shopper. The rapid development of the area is seeing a clamour for prime retail sites, with a regular influx of new stores.

The list is huge! You could eat out at a different restaurant every night, with a large variety of styles to choose from.

In short, the Highway Area has a wonderful mix of country life, whilst offering the convenience of city living. You are bound to find most activities, clubs, and any other requirements within its boundaries.