Pinetown is a town just inland from Durban, in KwaZulu-Natal, South Africa. Pinetown is situated at an elevation of 1,000 to 1,300 feet (305 to 395 m) in the hills adjoining Durban, on the northwest.

It was established in 1850 around the Wayside Hotel, itself built the year before, along the main wagon route between Durban and Pietermaritzburg. It was named after the governor of Natal, Sir Benjamin Pine. The British built a concentration camp here during the Second Boer War, to house Boer women and children.

Pinetown is now part of the larger eThekwini Municipality. The area from Cowies Hill in the east, to Mariannhill in the west, is commonly referred to as the Pinetown area, although Pinetown strictly extends from Caversham Glen to Manors.

Pinetown Cricket Club, established in 1873, is believed to be the oldest in Kwa-Zulu Natal and among the oldest still in existence in South Africa. The club originally located in central Pinetown, at the current Civic Centre location, was moved to Lahee Park. Under the chairmanship of then Pinetown mayor, Vernon Hall, with facilities at their peak, Lahee Park hosted ten first class games between 1974 and 1979. Former internationals Norman Crookes (twice selected for the Springbok squad) and Tertius Bosch represented the club. 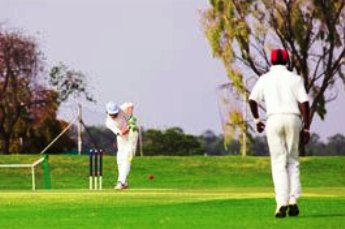 Regarded up until now, as a predominantly light industrial town, and not particularly sought after as a residential suburb, Pinetown has had a somewhat subdued reputation. But things are changing and this suburb of Durban is gaining quite a reputation in the property market, particularly amongst first time buyers, who love the fact that Pinetown nestles at the foot of Field’s Hill - the stretch that forms part of the annual Comrades Marathon - and has quick access to the M13 and other major routes, making it easy to reach Durban and other destinations in KwaZulu-Natal.

The New Germany Nature Reserve, a small reserve with picnic sites, braai areas, wonderful trails and a hide at a waterhole provides sightings of zebra, nyala, impala, samango monkeys and others as well as a wonderful aviary.

The Supermotard National, through the streets of Pinetown, is a spectacular annual event, that draws huge spectator crowds and involves blocking traffic on main streets, to make way for the riders. Supermotard racing involves putting slick tyres on scramblers and racing them on a tight tar circuit – a fun event for the whole family.

In the early 1960s, Pinetown had an excellent motorsport racetrack, known as Westmead. In the late 60s and early 70s, Pinetown started thriving as an industrial town and the racetrack area became the Westmead Industrial Park.

Another suburb, New Germany, on the outskirts of Pinetown, is also known for its industries.